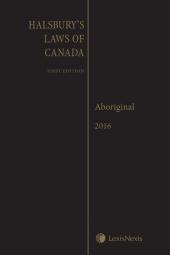 Since the entrenchment of Aboriginal rights in the Canadian constitution, Aboriginal law has continued to evolve amidst changing political and cultural influences. Over the past twenty-five years, the Supreme Court of Canada has carefully considered the nature of aboriginal rights and their intersection with complex constitutional principles, resulting in an expansive and challenging area of law.

Halsbury's Aboriginal (2016 Reissue) title succinctly articulates all pertinent legislation and summarizes and analyzes the extensive decisions rendered by the Supreme Court of Canada. With its accessible framework and superior analysis, this comprehensive title is an imperative resource for practitioners and professors of aboriginal law, as well as government and other officials who are directly involved with aboriginal peoples.

Topics in this essential reference include:

Margaret Buist, B.A. (Hons.), LL.B., is currently a Director General with Indigenous and Northern Affairs Canada. She has fifteen years of experience in a variety of areas of aboriginal law practice and policy development for the Government of Canada. She was called to the Ontario Bar in 1986, and has lectured across the country on aboriginal legal issues.

View all books by Margaret Buist (1) 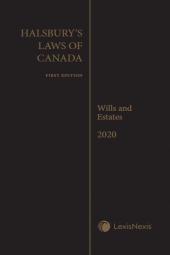 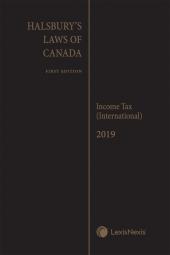 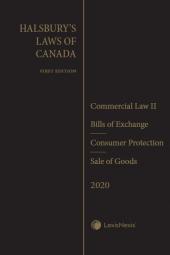