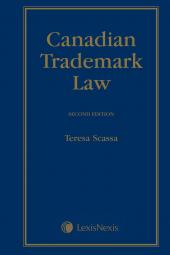 Teresa Scassa, B.A., LL.B., B.C.L., LL.M., S.J.D., is the Canada Research Chair in Information Law and Policy at the University of Ottawa, where she is a Full Professor in the Faculty of Law, Common Law Section and a faculty member of the Centre for Law, Technology and Society. She is a member of the Canadian Advisory Council on Artificial Intelligence and is a Senior Fellow with the Centre for Innovation and Governance Innovation. Dr. Scassa has written widely in the areas of intellectual property law, law and technology, and privacy. She earned her Doctor of Juridical Science from the University of Michigan.

View all books by Teresa Scassa (4)