Sullivan on the Construction of Statutes, 6th Edition

This edition offers a complete and up-to-date account of statutory interpretation. It includes clear explanations of the traditional rules of interpretation, explores the principles underlying the rules and offers numerous illustrations of their application.
by Ruth Sullivan (Author)
Publisher: LexisNexis Canada
Publication Language: English 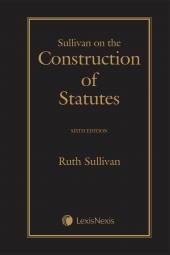 Part art, part science – that's the essence of effective statutory interpretation. And understanding that delicate balance is precisely the kind of insight you'll glean from this latest edition of the industry-leading resource, Sullivan on the Construction of Statutes.

This is a volume that no lawyer can afford to be without: knowing how to read and apply statutes, and to construct sound arguments regarding statutory interpretation, is a critical skill to possess, regardless of specialty or area of practice. This sixth edition offers a comprehensive and up-to-date examination of the rules and principles governing statutory interpretation, including the latest cases and developments.

Ruth Sullivan, M.A., LL.B., B.C.L., M.Leg., is one of Canada's leading experts in statutory interpretation and legislative drafting. Her books – Sullivan on the Construction of Statutes and Statutory Interpretation – are widely used by academics and lawyers, and have been cited in thousands of judicial decisions, including numerous judgments of the Supreme Court of Canada. Before studying law,she was a lecturer in English literature and composition at Concordia University. In 1984, she joined the Faculty of Law at the University of Ottawa, where for some years she was Director of the Legislative Drafting Program. In 2007, Ruth was appointed legislative counsel in the Advisory Section of the Legislative Services Branch at the Department of Justice. She retired from the Faculty of Law at the University of Ottawa and continues to work with the Legislative Services Branch. Her work in statutory interpretation is rooted in a long-standing interest in linguistics, as well as her experience as a drafter.

View all books by Ruth Sullivan (2) 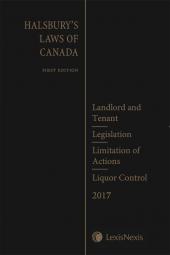 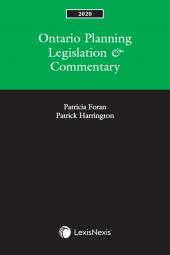