The honour of the Crown and its fiduciary duties are legal concepts at the heart of the reconciliation imperative. This book comprehensively presents these central doctrines of Aboriginal law in Canada, with exhaustive citations and documentation for all points of discussion.
by J. Timothy S. McCabe (Author)
Publisher: LexisNexis Canada
Publication Language: English 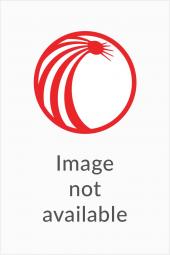 The Honour of the Crown and its Fiduciary Duties to Aboriginal Peoples is the first and only book to comprehensively present these central doctrines of Aboriginal law in Canada. It seeks to systematically order and organize the law as it has been articulated by the Supreme Court and further shaped by other courts, thereby clarifying the interrelations characteristic of the doctrines and providing a sure grasp of their origins, scope and practical effects.

The author, J. Timothy S. McCabe, brings more than 25 years experience as counsel for Aboriginal law in Ontario, including numerous appearances in appeals and constitutional interventions in the Supreme Court of Canada, to bear in bringing clarity and understanding to this crucial area of the law.

The text comprises five thorough chapters, with exhaustive citations and documentation for all points of discussion, including:

J. Timothy S. McCabe, Q.C., practised in the field of Aboriginal law at the Ontario Ministry of the Attorney General, Crown Law Office – Civil, for 25 years, during which he conducted several cases in the Court of Appeal and the Supreme Court of Canada. He is currently in private practice and has acted as counsel and advisor to the Ontario government on Aboriginal law matters.